If we are silent on the subject our silence speaks.

It’s hard to know what to say that isn’t tokenistic.

It’s hard to avoid accusations of humble bragging or defensiveness if we share our diversity credentials.

But however hard it is for we white people, for little but important institutions like Spare Tyre, to speak and to say something useful and constructive, it’s not as hard as living with racism.

So staying quiet is not an option. Whilst listening is.

If we are silent on the subject our silence speaks. And it says - even though it’s not what we mean – this isn’t about us, we didn’t do this, we’re too lazy to get past our embarrassment, we don’t have the imagination (a dereliction of duty in our line of work). Finally, that we don’t take responsibility for our part in it, our role in fixing it, that we don’t recognise that our advantages come at the price of another person’s systemic and daily disadvantage.

Spare Tyre was founded to highlight, protest and change inequalities in arts and society.

For 15 of its 42 years, we were led by a woman of colour, Arti Prashar, who was the first woman of colour to become artistic director of a UK theatre company that wasn’t entirely focused on ethnic diversity.

I felt when I became artistic director – as a white woman – that I have a responsibility  -  admittedly no greater than any of my fellow artistic directors -  but more obvious, to ensure that rather than losing a visible role model and beacon for other black and brown artists (and particularly the women), I must ensure that our teams and our company will continue to promote, platform, challenge and celebrate artists from under-represented groups.

And we are, we do and we will.

I’ve watched with awe, respect, love and not a little concern the reports from the protests in London and Bristol (and other cities and towns) –hoping the protesters won’t get sick, (hoping there’d be no violence), but understanding that to do nothing now for many is not an option. I watched a statue fall and be submerged in a harbour and applauded.

I’ve watched because I’m still not well enough to attend such an event, and would my presence creating more pressure on the transport system possibly causing someone else to get the virus, have helped? I stayed away but that doesn’t mean I’m not engaged.

And as a team at Spare Tyre, we have discussed what we should say, and it all looked corporate and detached and fundamentally unsatisfactory. So I took some time to reflect more importantly not on what to say but on what we can do.

So here it is: it’s our commitment and if it reads as a humble brag, that’s my failure to communicate what’s in our hearts.

Spare Tyre is a small part in the arts ecology but for a significant few we are the port of entry. We have always sought out, welcomed and supported people who instinctively knew that theatre and arts are something they need in their lives but also who would find arts  - due to structural barriers including racism - difficult to get into.

We are heading towards a new way of working for us, one that is inclusive.  By which we mean we mean a space where people aspiring to be socially-engaged artists and creatives explore their art, creativity and leadership in the context of collaborating with people whose life experience and backgrounds, whose physical and cognitive abilities are different from their own.

And in this space, we will form the core of our artistic programmes. It is not peripheral, it is central.

We call it Tyre Pressure – when a tyre is too soft the wheels don’t turn, when the pressure is too great there are explosions. To make it work we will all have to make accommodations and all have to learn from each other. Tyre Pressure is for progressives. It won’t always be easy. It is about changing how, where, when and why theatre is made and presented, rather than helping push people up a ladder they shouldn’t have to climb to reach a landscape that is ill-equipped and unwilling to receive them. It is a social justice initiative as much as an artistic endeavour. We need to find the happy place where we can work, exerting the right kinds of pressure on ourselves and on the power structures within which we operate.

I did not think when I first had the idea that we’d have to focus explicitly on racism. I took it as a given that we’d attract artists of colour, and I was more concerned with opening up a world of arts to disabled and learning disabled people.

But in case it needs saying, Spare Tyre does and will take actions that challenge and remove structural racism in arts and in life. 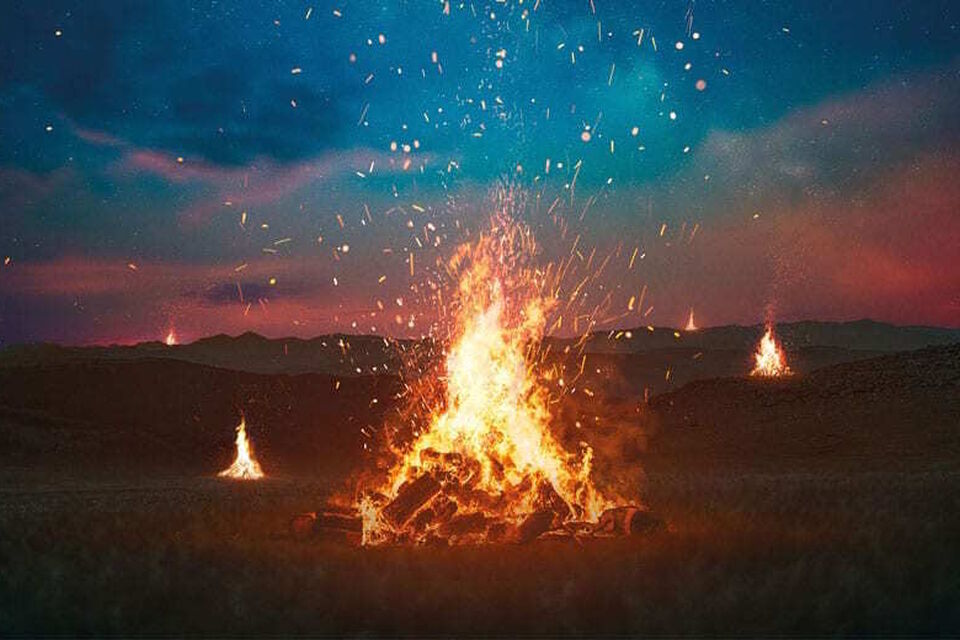 Signal Fires: Beyond The Shield - programme 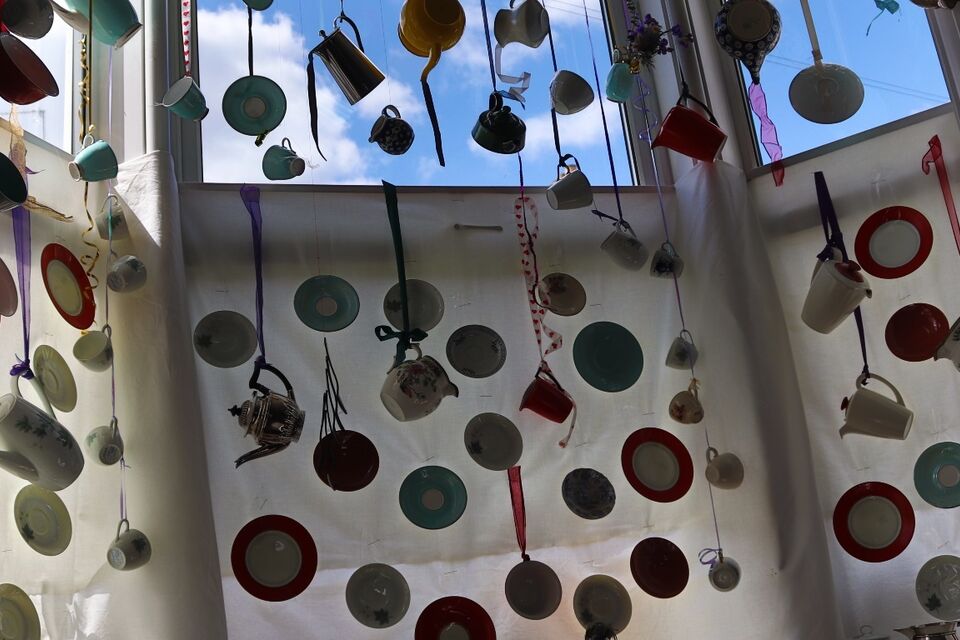 Not just Teacups and Ribbons ...

VE Day this year was always going to be a day of mixed emotions for many, even before we knew the name Corona Virus, or had to contemplate Lockdown.