VE Day this year was always going to be a day of mixed emotions for many, even before we knew the name Corona Virus, or had to contemplate Lockdown.

I've not been a fan of using militaristic language in association with the effort to contain the Virus. To me, it's not appropriate, and I don't think I'm unpatriotic when I say that for me VE Day is best remembered as a liberation from Fascism. The start of a new process to build free societies, a moment that signalled huge social change.

I’ve always made what I now know to call installations. A lonely kid, I spent lots of time doing this, creating environments and transformations, endlessly fascinated by strange juxtapositions of the objects around me. I had no idea it was a “thing”. I just liked doing it and seeing where I ended up.

During Lockdown I have been ill and I have found it–as I imagine some readers have–desperately frustrating not to be able get on with things and not to trust my eyes and hands to make, draw, play music. It's been lonely not to be able to work with participants and collaborators. So in Lockdown with no-one else to play with,  and no-one else to please,  I have contemplated a few of these installations  in my bay window gallery, viewable to passers by –and I hope to complete some more in the series.

This one is VE Day: a personal memorial.

Every item in the window gallery is from mine and my partner’s family, or an item I have picked up on my life’s journey. VE Day brings up memories of parades and triumphalism. All understandable but hardly the world that I grew up in. My Grandfather joined up as a pilot after his family were bombed out (after that, my mother didn't sleep in a real bed until she was 9 years old). He was super keen that I learn German at school, he was pleased I lived in Berlin as a student. I grew up European. Through my father's tales of adventure on the "High Seas" and then my own travels I came to think of myself as a citizen of everywhere.

Everyone I’m thinking about here is gone. The objects are all that’s left. And my unreliable memories. I wanted to make a personal take on commemorative plates, thought about adding pictures and dates of my dead relatives and then decided it wasn't necessary.  Instead you see objects from Poland, from Germany, from Denmark, from Tchechoslovakia, from Hull, from London. I decided that objects can whisper to me of the celebrations and the arguments that accompany them – the invisible “do not touch signs” that many of them had on them – to use these things was taboo. Wedding presents, Christmas presents, every day tea cups and items only allowed out if someone got married, or someone had died. Each object tells me something and gives me a jolt. They tell of differing aspirations and incomes. But mostly they speak of a time when taking tea or coffee was not a think that was rushed. It was not disposable time. It was important time.

I use these objects at least annually. As precious as they are, they are no good to me in boxes. There is always risk of breakage and there is always reward in the pleasure of sharing them at a party.

The installation process involved some jeopardy. It was genuinely gravity-defying not just hanging the items but controlling my own Corona-wobbly limbs on a step ladder. It took 3 days to achieve because of Corona-fatigue. So it’s not as slight as it might first appear. Lockdown is teaching me to relearn patience and kindness.  And so far only one casualty.

We took tea at a safe physical distance on VE day with our neighbours. We swapped concerns and gossip. In the 10 days since I made the window, people have stopped to say hallo and take photos. I hope that after Lockdown we won't forget how to do this.

This house I live in now was bombed too about the same time my mother was bombed out. It still shows its history but it's always been for us a happy house.

The installation I made is also happy. I didn’t want it to be. I wanted a private commemoration of this Lockdown time and of a time when other risks were run for the common good,  not everyone surviving them. But however angry I was about the cynicism of the way VE Day was being used as a distraction or a displaced patriotism, thinking of those people who are gone makes me happy. And the ribbons that were all I had to hang the items with – all reclaimed from present exchanges–led me back like the branches on a family tree to my connections, all my stories.

And every time I enter the room, it surprises and delights me like our tree does at Christmas.  And partly like the tree, it delights me because it's made entirely from things that are being repurposed. Old things made new, no waste.

All of the people I see when I look at the threads of pots and cups and spoons, they all of them shared in their different ways an understanding that we needed to move past war. And that we needed to remember and respect it. Many of them were connectors like me and many of them pioneers in private and personal ways.

My Grandfather once said “I don’t understand why people still talk about the war as if nothing else ever happened to them.” I can only have been about 10 at the time but I remember it very distinctly. I also remember thinking: “Perhaps because for them nothing else ever did”. (None of us understood much about PTSD back then).

And I wonder now how this year will be remembered, 75 years on.  Will it be as big? I hope it will mark the start of something new, exciting, equalising.

From inside my house I enjoy my installation and become immersed in its 3-D quality, its kinetic potential, the temporal nature of it, the coolness of the objects. It’s at its best when there are white clouds against a blue sky as the back drop over the rooftops.

From the street, it’s raining teapots in my window. And it's become part of the current story of the street.

The Installation viewed from the Street 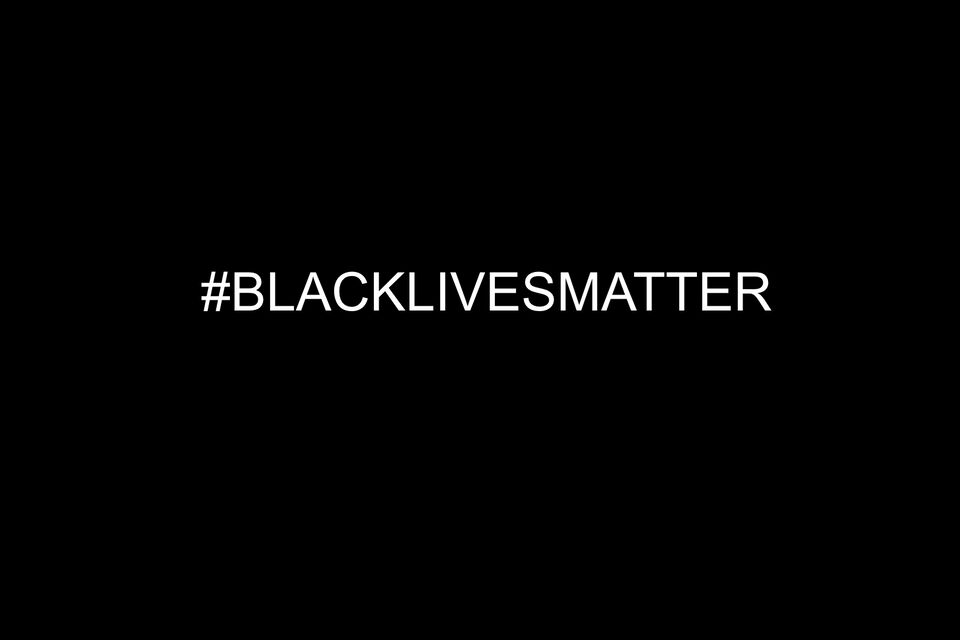 On the death of George Floyd and institutional racism

It’s hard to know what to say that isn’t tokenistic. 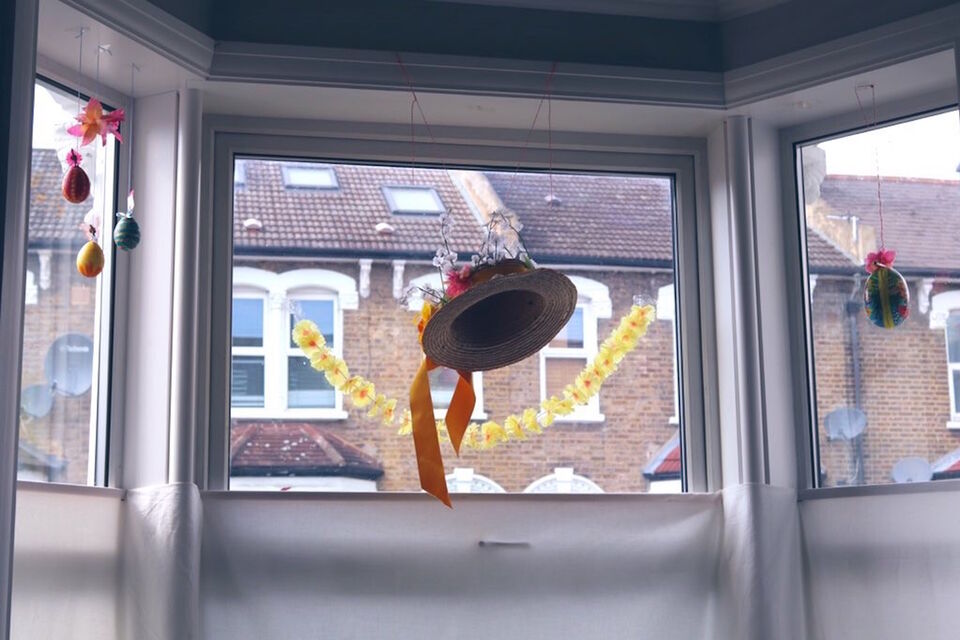 Thought: on creativity and art during a pandemic

If we become a nation of novelists & even if most of the novels are “terrible” (as so many commentators and gatekeepers all seem to agree they will be), I still think the fact of so many people...